The culture and prosperity of Coigach and Assynt has been linked to the sea for centuries but as sea health has diminished many of those links have been lost. This project builds on previous work undertaken, particularly that of the Highland Seashore Project, to give greater prominence to the local marine environment.

The project area includes the Wester Ross Marine Protected Area (MPA), designated in 2014, one of around 30 across Scotland. MPAs form part of a network of nature conservation sites around the Scottish coast aimed to protect and aide recovery of important habitats and species. 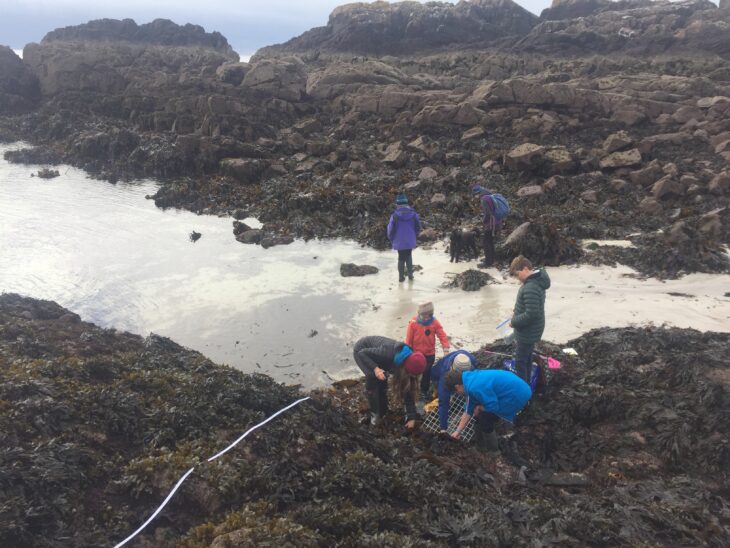 Several groups, including Ullapool Sea Savers, were involved in developing the project. All have strong ties with the local community and a keen interest in marine issues.

The aims of the project were to: 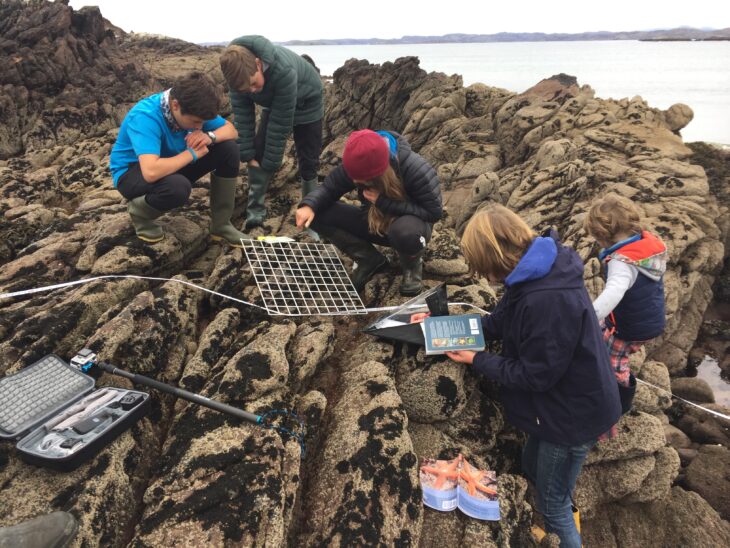 Over the last two years of the scheme Ullapool Sea Savers (USS) have carried out a number of seaweed surveys through the Marine Project, augmented by further biodiversity work through the CALLP Community Grant Scheme. You can see the results of these surveys on their website at https://ullapoolseasavers.com/scientific/surveys.

Coigach Heritage has also published a book called ‘Coigach Fisheries’, compiled and edited by Angus Macleod. This booklet gives a brief glimpse into the history of the local fishing industry, particularly the salmonbag-net fishing, through the in-sights and experiences of some of those involved, and in their own words. The booklet is available in local Coigach shops, and can be mail-ordered for £6 from coigach.heritage@gmail.com. 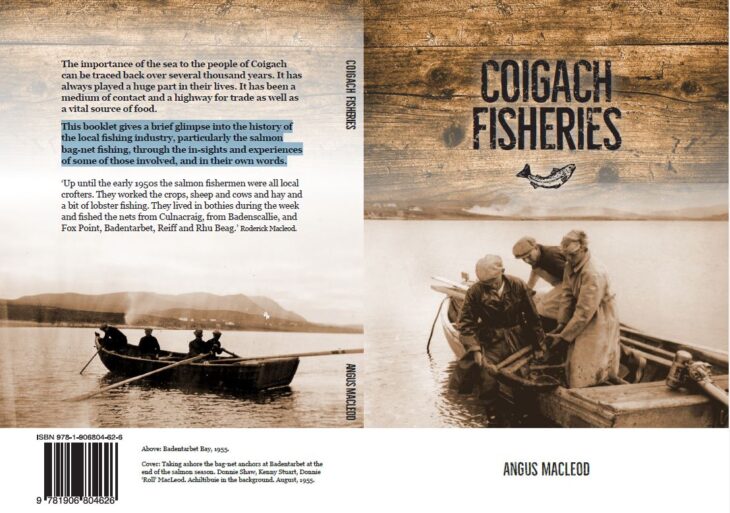 A Beautiful Day for a Beach Clean!

A big thank you to those that turned out for our Badentarbert Beach clean on the 20th with High Life Highland Ranger Jenny. We couldn’t of asked for a better…

August’s monthly volunteer day took place last week, a joint effort with the John Muir Trust Volunteers. The aim: to tackle the next bay south from Raffin. Unfortunately, it was…

A Return to Raffin

June’s monthly volunteer day was held at Raffin Beach, caring out a second beach clean on the first strip of the beach and moving onto the second. The John Muir…

As I arrived on site the heavens opened, ‘another wet beach clean’ I thought. I was wrong. By 11am the sun pushed through as volunteers started to arrive. We were…

This week we held a beach clean at Culag Woods, concentrating on the two beaches north of the White Shore. Although it had been beautiful sunshine all week, the grey…

Due to unforeseen circumstances we have had to unexpectantly postpone our Food of the Sea Festival, scheduled to be held at Culag Park, Lochinver on the 14th April until further…

Update on our Fin-tastic Food of the Sea Festival

Lochinver: the Plaice to be this April!

Oral History of Fishing in Coigach Researcher (£7,650) We are looking to contract an experienced Oral History researcher to record the present status of the fisheries and the remembered history…